We would like to offer our sincere support to anyone coping with grief. Enter your email below for our complimentary daily grief messages. Messages run for up to one year and you can stop at any time. Your email will not be used for any other purpose.

Share a memory
Obituary & Services
Tribute Wall
Read more about the life story of George and share your memory.

We are heartbroken to announce the death of our Beloved, George J. Lewis Jr. Sadly he passed away on October 31, 2022, fitting as it was his favorite holiday.

George was born in The Bronx New York, to George J. Lewis Sr. and Mary Garoff Lewis, along with his twin sister Marion Hill, he is reunited in heaven with them all as well as his four legged companions Fred, Wilma & Luca Brasi.

George grew up in the Bronx, where he Graduated from Evander Childs High School and later studied at CUNY Bronx Community College. After college, George entered the NYPD Police Academy, where he went on to serve and protect New York City for 23 years.  Part of the elite NYPD Harbor Unit, George appropriately earned the nickname “Harbor George.” Before he was our family’s hero, George was an actual Hero, presented with The Hero Award from the Mayor of City of New York for his acts of bravery when he ran into a burning building and saved children before the fire department could arrive. Like so many other heroes that day, George was also a first responder to the September 11th tragedy and carried the memories of all those lost with him every day. After retiring from the NYPD he went on to serve in the Village of Montgomery Police Department for 8 years until he finally retired in 2010.

George moved our family to The Village of Montgomery in 2000, to give his children a better life and raise his family. Many, if not all of the friends George met, became family. He was loved by many and will be missed by all!

An avid History buff, George often blessed us with many obscure facts that we often remarked “How do you know that? And furthermore, WHY do you know that?!” He would have been the ultimate Jeopardy Champion! He was funny and kind, he loved his family and was an extraordinary father, fierce protector, friend to all. He loved music and played the trumpet as well as the piano.  He recently became a lifetime social member of the Local VFW, in Maybrook, which he was incredibly proud of and where he had many friends.

He had many hobbies and collected lots of junk, which to him were his treasures! Affectionately known as “Inspector Gadget” he loved all the latest technology and trust us...he had it all!

In lieu of flowers, please consider planting a tree in his honor, or donations can be made in George’s name to The National September 11th Memorial https://www.911memorial.org/donate & Museum or The AKC Museum of the Dog https://museumofthedog.org/get-involved/donate .

To send flowers to the family or plant a tree in memory of George J. Lewis Jr, please visit our floral store. 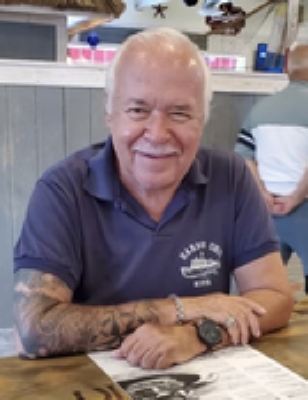 Look inside to read what others have shared


Family and friends are coming together online to create a special keepsake. Every memory left on the online obituary will be automatically included in the book.

The AKC Museum of the Dog
Web: http://www.museumofthedog.org